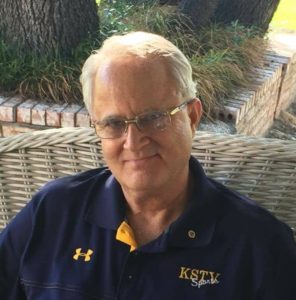 I started my career at KSTV in May of 1997. For the most part, I’ve been a sales and marketing rep. I was also the “News Boy” for a few years. But before radio, I was in medical sales and also served in the ministry as both a pastor and hospice chaplain. Little did I know how the combination of those two merging backgrounds would lead to my long running position as the host of the Sunday Morning Gospel Show. God has a sense of humor! I became the host of this popular Bible-Belt program in the summer of 2001. In 2012, I was nominated for the first time by the ICMA in Nashville (Inspirational County Music Association) for radio personality of the year and also for my program. I received the same nomination in 2013, 2014, 2016 & 2017. The Sunday Morning Gospel Show airs each Sunday morning from 7am to 9:30am on KSTV 93.1 FM or online at www.kstvfm.com . Over the years I have accumulated one of the largest libraries of country gospel, southern gospel, bluegrass gospel and Texas gospel music in our area. I truly do not see this as my job or even career but the ministry in which God has called me to in sharing this wonderful, uplifting gospel music with a country sound!